The bedbug is an ancient parasite which has been known to man for as long as we can remember. Extremely common until the Second World War, the insect seemed to have disappeared almost entirely following the start of the first synthetic chemical insecticides and widespread improvements in hygiene and living conditions. But in the second half of the ’90s, bedbugs began to make an unexpected comeback all over the developed world, quickly becoming a source of annoyance and worry for humans again.

Bed Bugs, What are?

The bedbug (Cimex lectularius) is a small parasitic insect which feeds exclusively on blood. Unlike many other human parasites, these insects do not live on the human body, but come into contact with it only to feed, preferring to spend the rest of their time in hidden corners close to the place where humans sleep or spend a lot of time. Bedbugs are mostly active at night. 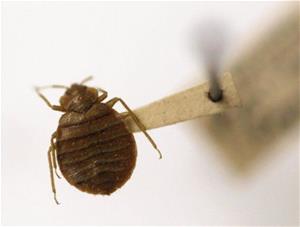 This species tends to avoid the light, hiding by day and going into action at night, or in the absence of light. It prefers to nest in narrow spots (crevices, folds in fabric, seams, cracks, etc.) very close to its host.

It consumes blood by using its mouth parts to perforate the host’s bare skin while injecting an anaesthetic and an anticoagulant. The bite itself is painless and hard to see, but the extraneous substances introduced can cause bothersome allergic reactions in sensitive people. 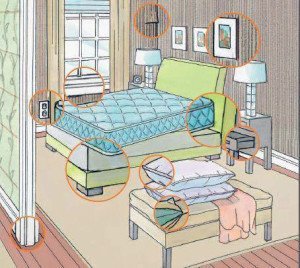 All places and businesses in which people sleep or spend some time, preferably in the absence of light, are at risk of contracting an infestation, for instance: